Just in case it is still necessary at the time of the Festival to maintain social distancing between groups we advise that you buy tickets only for your own Household or Support Bubble.

Tickets for Southport Comedy Festival shows are available from our selling agents via this website 24 hours a day.  There is a booking fee applied to all tickets purchased online. Please read our Terms and Conditions (click here) for Accessibility information and general terms of sale before buying tickets.

Best of the Fest 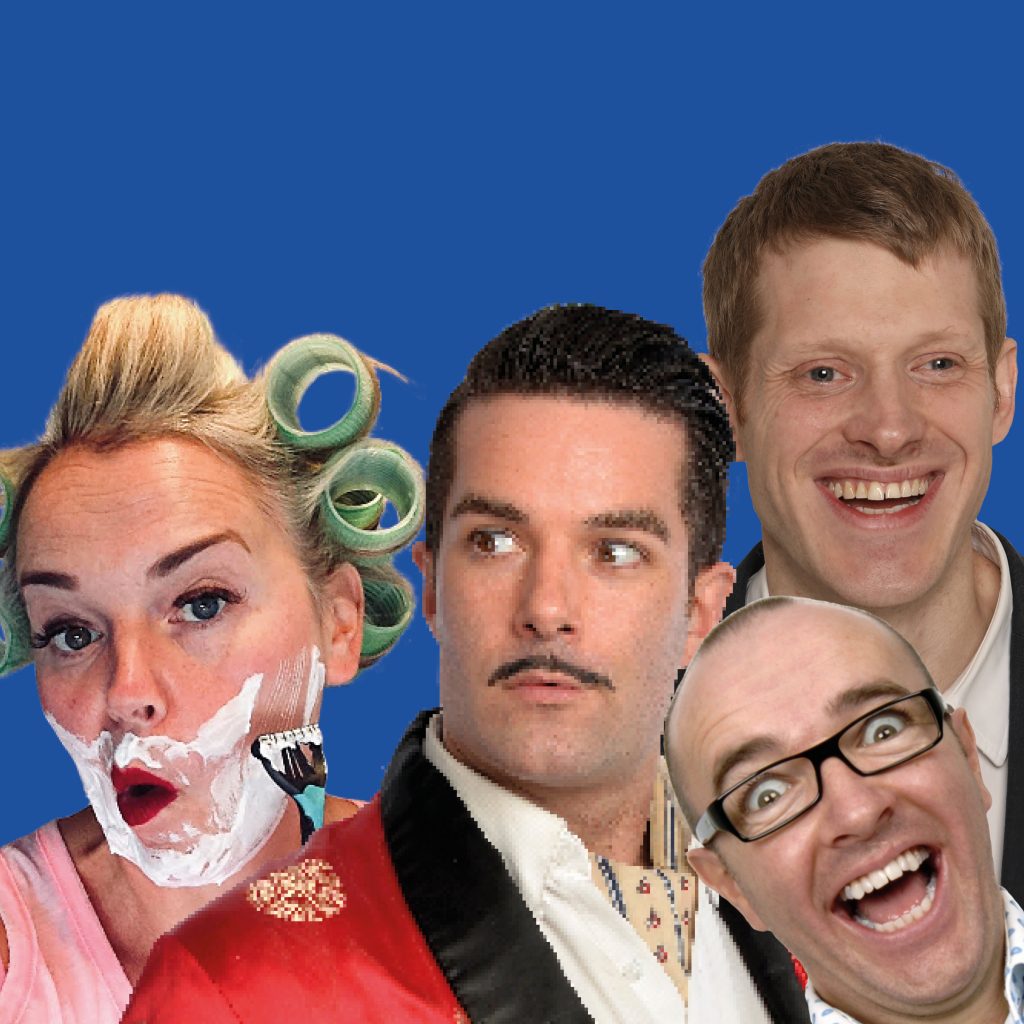 This show brings together three of the finest comedy performers currently working on the international comedy circuit.

As seen on Live at the Electric and Benidorm. “
Mad comic genius” The Scotsman

Katie Tracey, Co- Host of the hilarious ‘Fix The World’ Podcast with Sam Avery. Guaranteed to get any audience on-side. The hilarity comes in effortless torrents from this scouse comic expert. 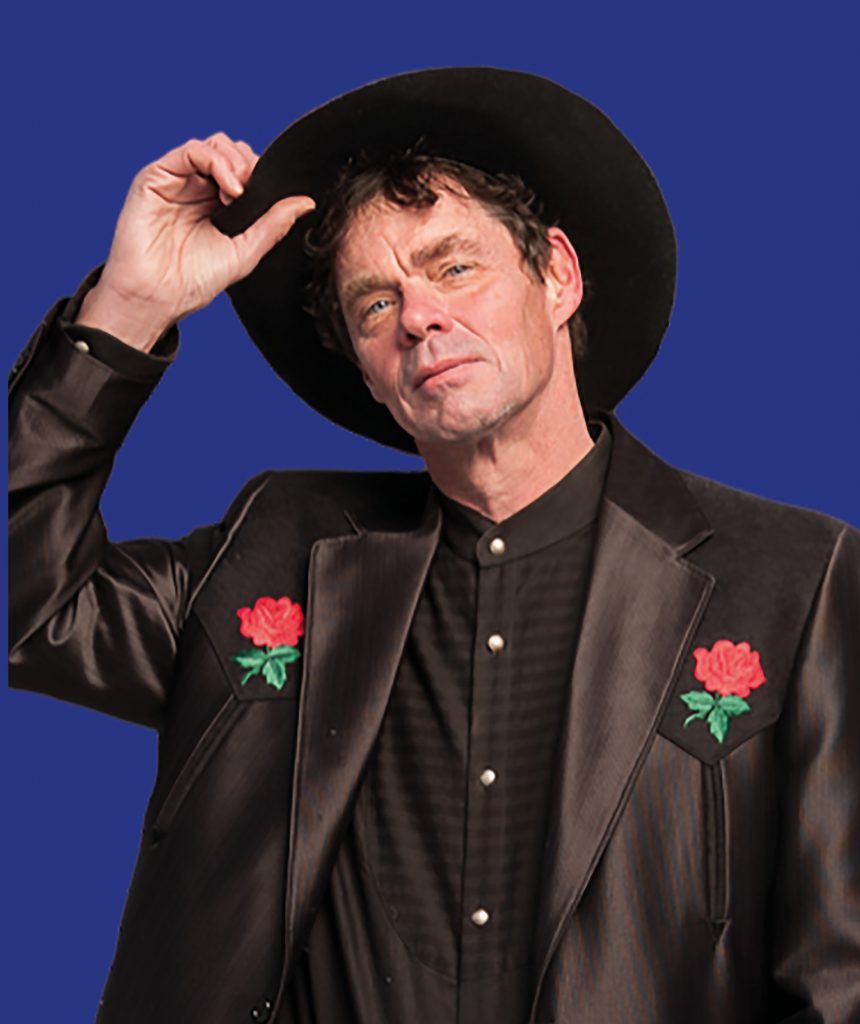 Montana native Rich Hall, is renowned for his expertly crafted tirades, quick-fire banter with audiences and delightful musical sequences. Rich has been described as a transatlantic messenger, lampooning each country he visits with his laser-guided observations.

Rich has appeared on BBC One’s QI, Live At The Apollo and Have I Got News For You, he wrote and starred in his own reoccurring BBC Radio 4 show Rich Hall’s (US Election) Breakdown.

Luisa Omielan - God is a Woman 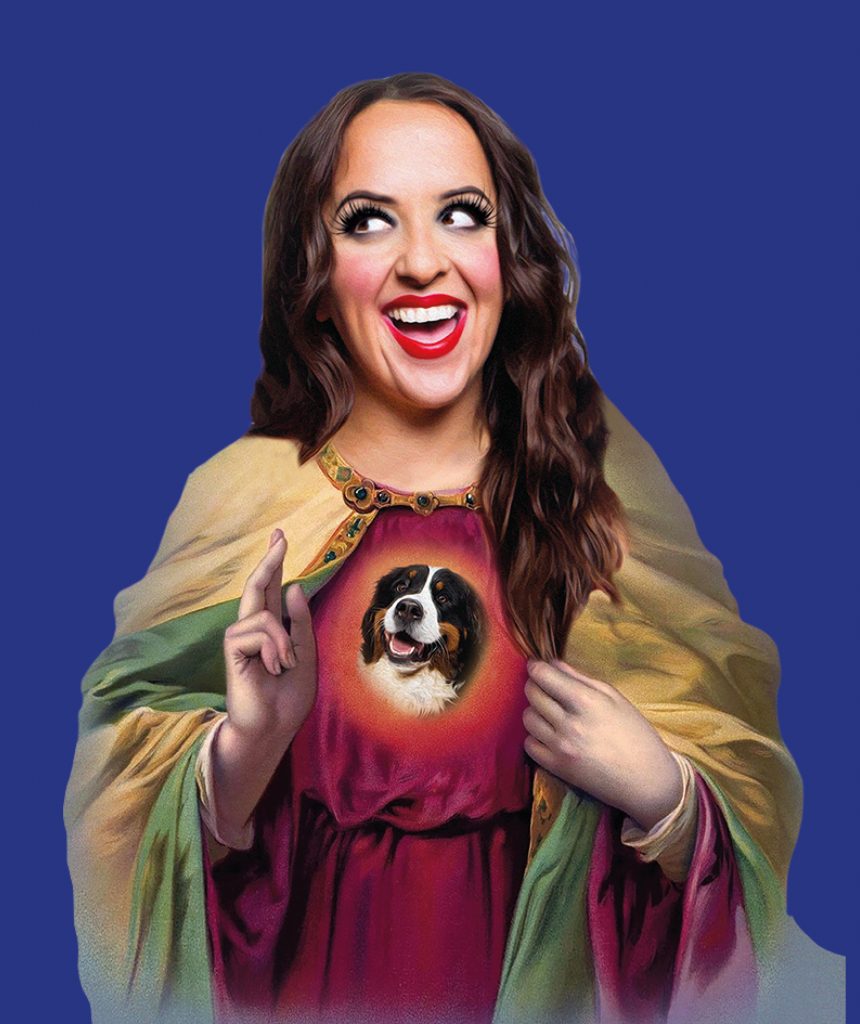 Luisa Omielan
God is a Woman

Luisa already has three groundbreaking hit shows under her belt. First, she asked “What Would Beyonce Do?! “ (sell out across the UK and Australia, is what she would do!), then she asked “Am I Right Ladies?!” and her thigh gap joke went viral with over 45 million views. Then she turned to politics and got a show on the BBC entitled “Politics for Bitches”. So the next logical step was for Luisa to bring her unique genre of comedy to religion – expect Mary Magdalene and dick jokes.

‘The biggest stand up hit of the decade’
The Guardian

‘She should be put on the national curriculum’
The Scotsman

With Support from
Helen Bauer 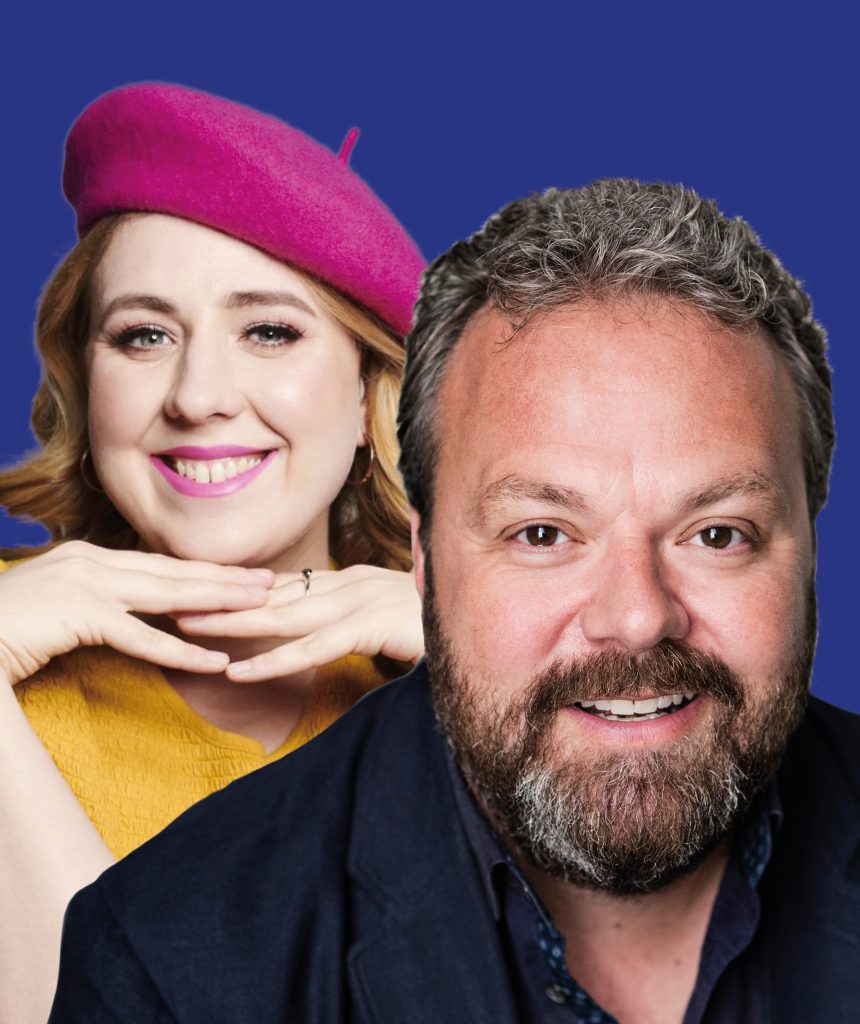 Ahead of his forthcoming national tour, multi award winning comedian Hal Cruttenden returns to the Southport Comedy Festival with his Work In Progress show. One of the top stand-up comedians working in the UK today.

As seen on Royal Variety Performance, Live at the Apollo, Have I Got News for You, The Apprentice: You’re Fired, Bake Off: Extra Slice.

Hal will be joined by fast rising star Helen Bauer.

‘A personality that will fill a stadium. Mark my words, this girl will not be performing in small venues for much longer’ ★★★★★ Sunday Express 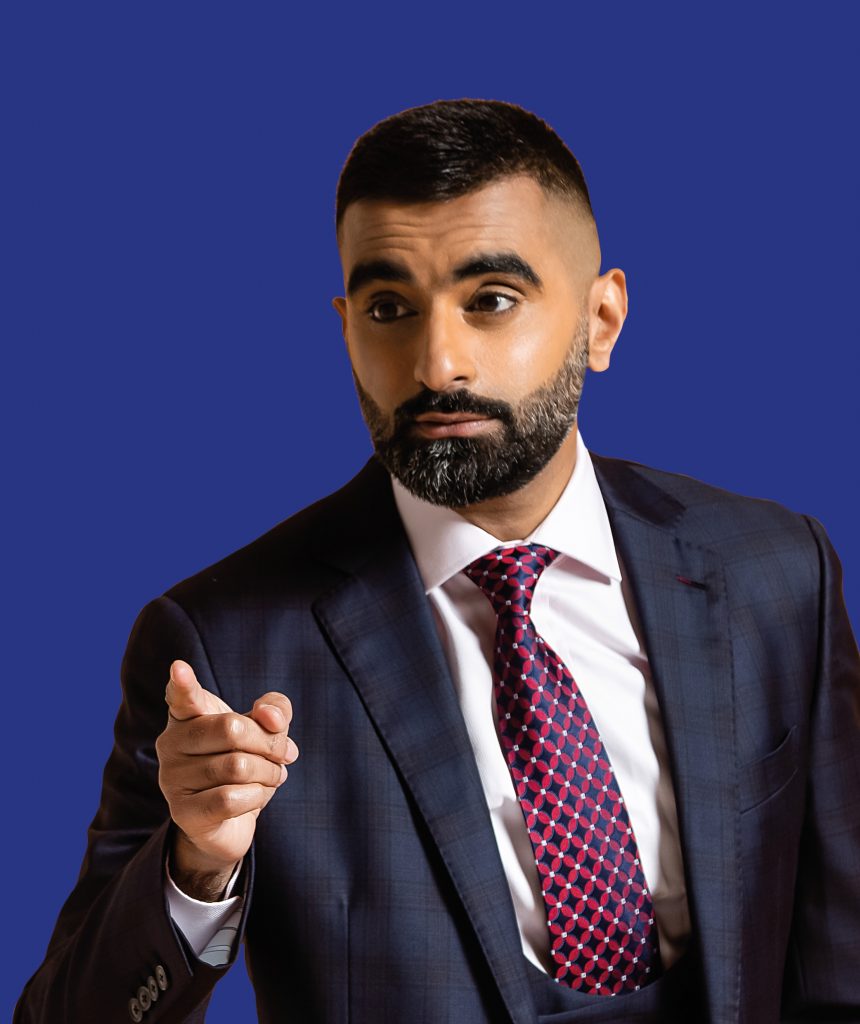 The brand-new stand-up show from brand new author and the star of The Tez O’Clock Show (Channel 4), TEZ Talks (BBC Radio 4) and the multi-award-winning Man Like Mobeen (BBC Three).

Join Tez as he uses his trademark silly, smart and subversive humour to celebrate all that we still have. 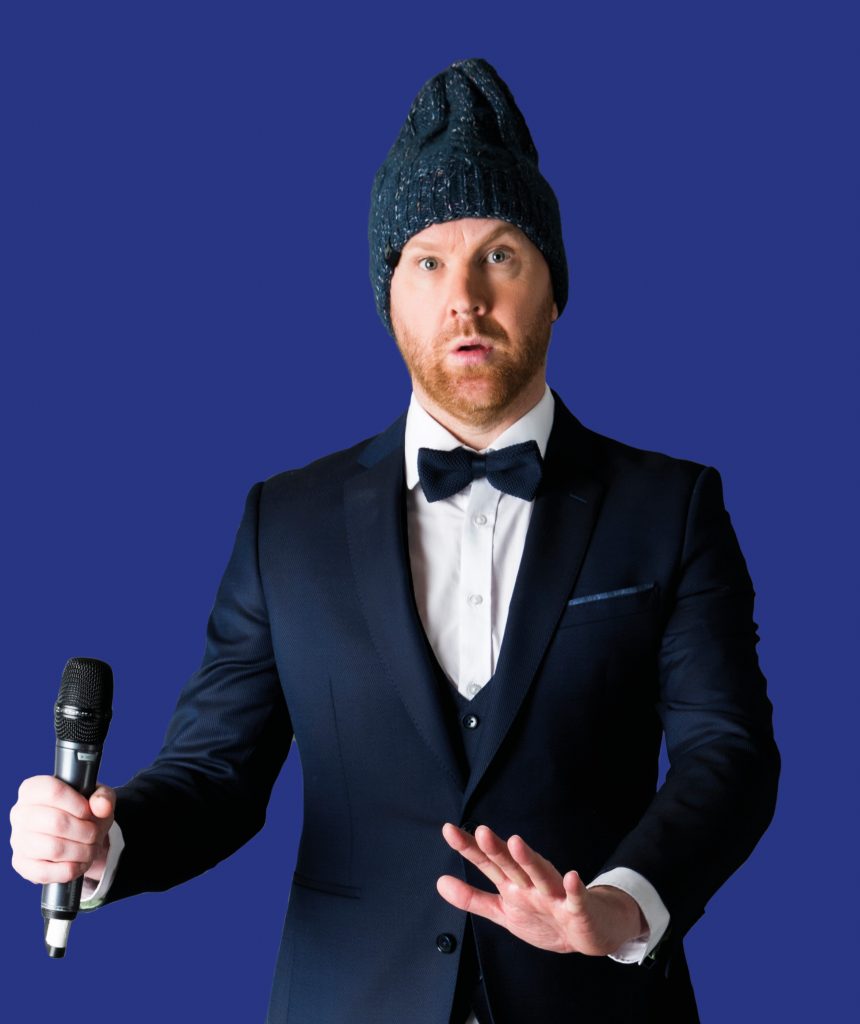 Jason Byrne is back for more comedy chaos!

Audience Precipitation, will be a laugh out loud, must see show, with a light drizzle of audience participation… ooohhh clever that.

You Ain’t Seen Nothing Yet 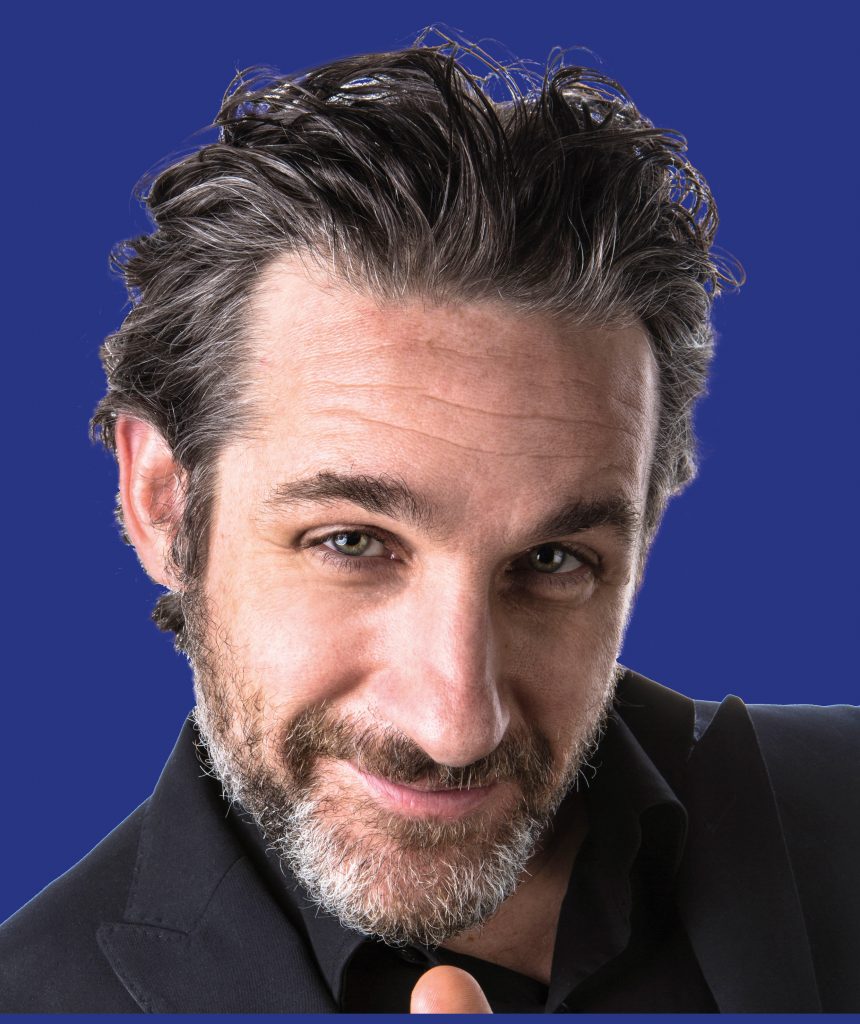 Tom Stade
You Ain’t Seen Nothing Yet

Following his last smash-hit UK tour, Tom is back on the road with a brand-new show. The kids have moved out and it’s the dawn of a new era! Tom’s embracing change with his usual spirit and irrepressible sense of mischief; what’s coming is way better than what has gone!

30 years on the comedy frontline and this Canadian legend remains as engaging, innovative and hilarious as ever.

“Swagger of a rock star, charisma of a talk show host. Hilarious.

See for yourself before the secret gets out.” Warrington Guardian 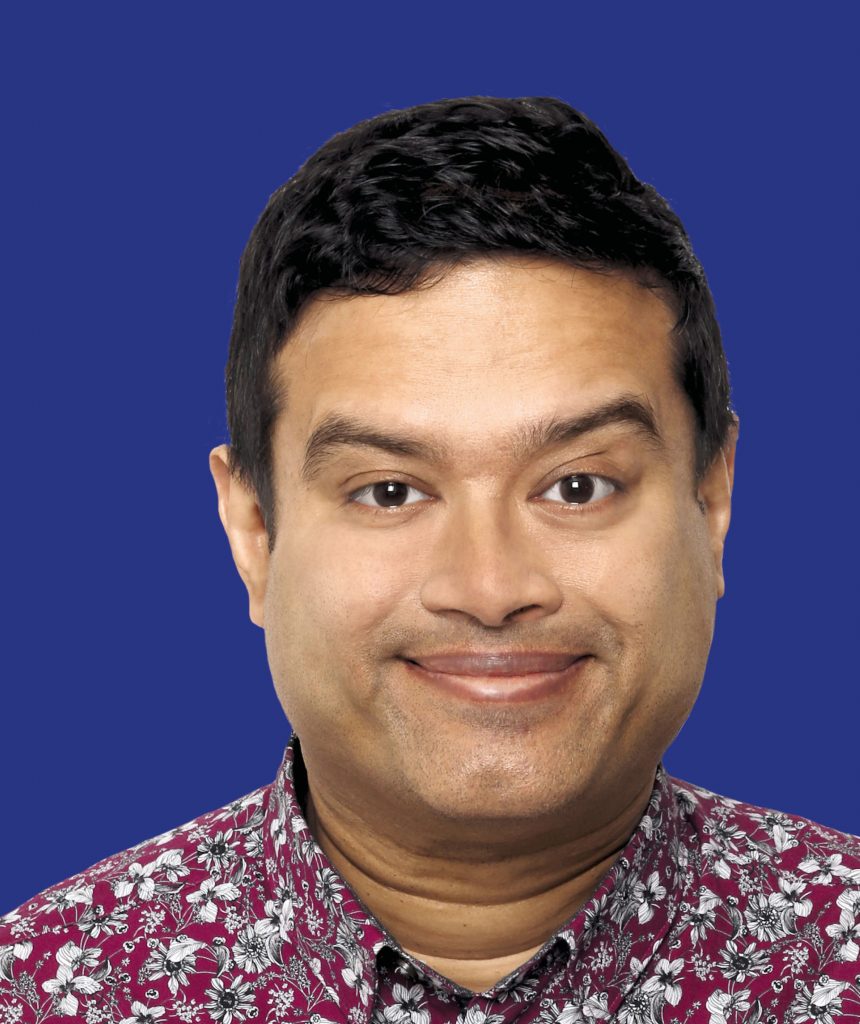 Festival favourite Paul Sinha returns for his seventh year with a bigger, longer and more ambitious version of his 2019 Southport show.

Paul is a Rose d’Or Award winner for the radio comedy, Paul Sinha’s History Revision, a Chortle Award winner and an Edinburgh Comedy Award nominee. He’s appeared on Just A Minute, The News Quiz and Fighting Talk on radio and on Would I Lie to You?, QI and Taskmaster on television. Thanks to his passion for quizzing, he also appears as a general knowledge expert on the much-loved ITV quiz show, The Chase. 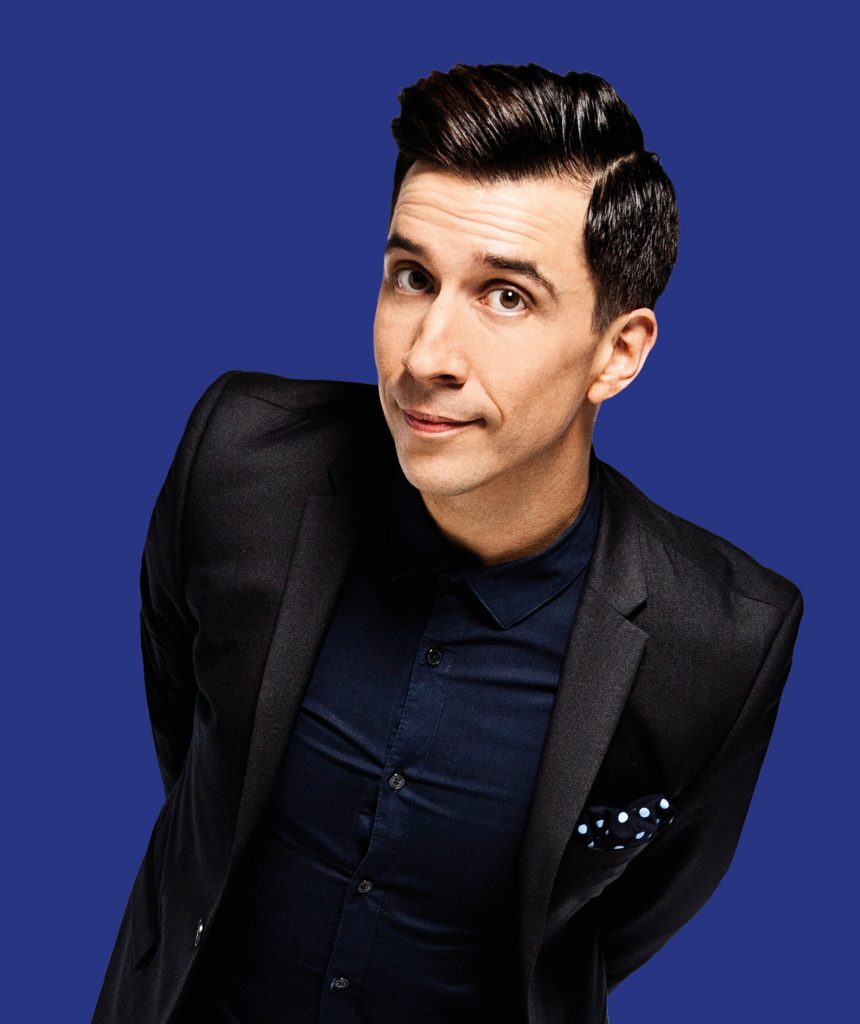 Multi-award winning comedian, presenter, actor, author and scriptwriter Russell Kane is best known for the BBC Sounds podcast, Evil Genius which has become a flagship show and was the best performing original podcast on the platform. As ever, Russell also continues to provide his ever-popular topical online rants ‘Kaneings’. His many TV appearances include Live At The Apollo, The Apprentice You’re Fired, The One Show, Stupid Man, Unzipped, Celebrity Juice and I’m A Celebrity…Get Me Out of Here Now.

“One of the quickest, most stimulating stand-ups in the land” – The Times

Thumbs Up for the NHS 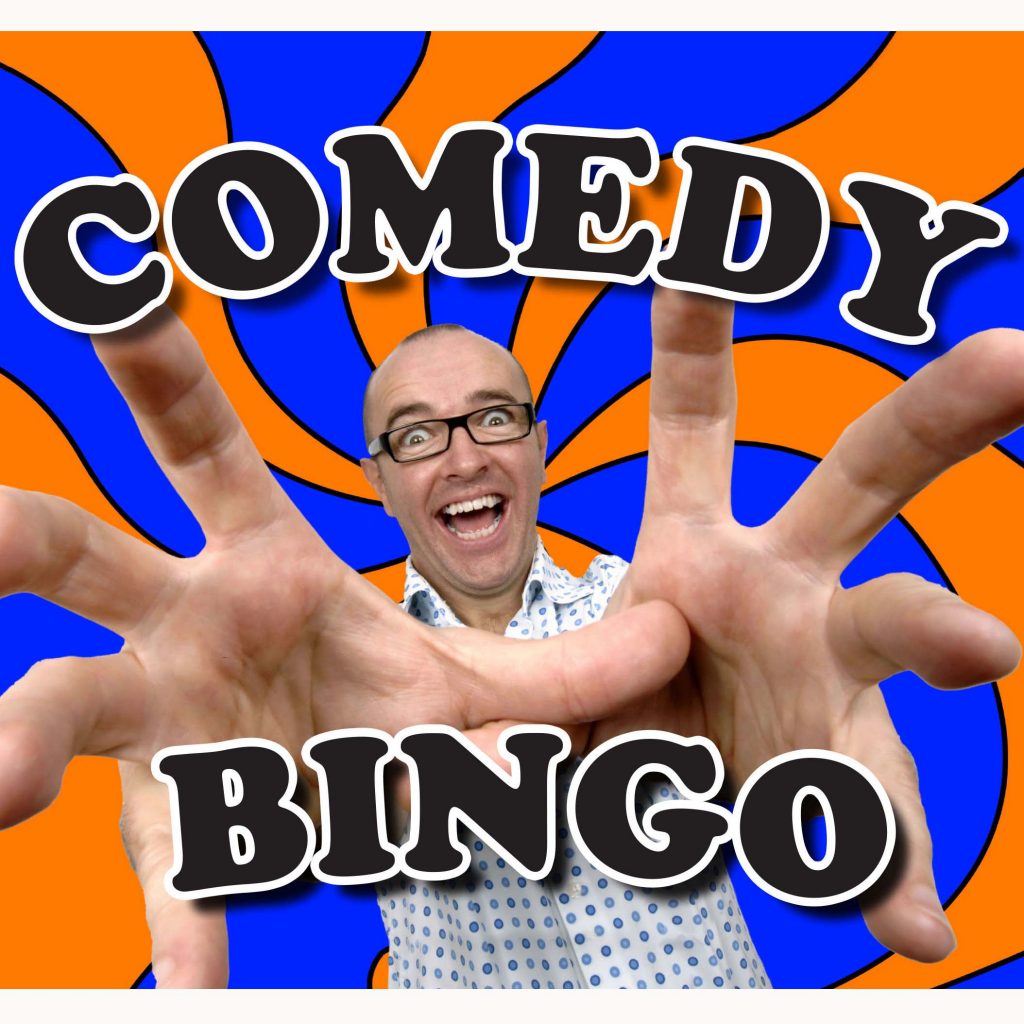 Be prepared for a night of laughs, prizes and excitement.

It is our way of saying a massive “Thank You” to our NHS heroes. We have limited capacity, so you must book your tickets in advance.

I Blame The Parents 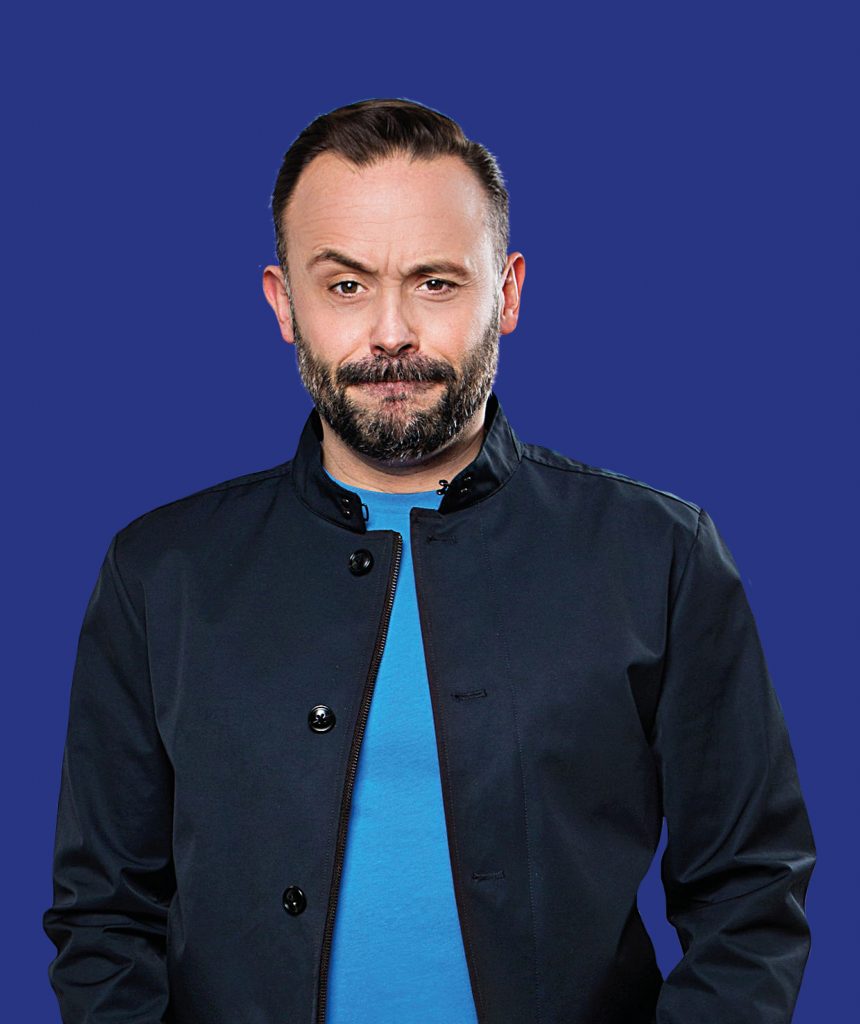 Geoff Norcott
I Blame the Parents

‘I Blame the Parents’ is the fourth national tour for Geoff Norcott, following on the back of ‘Conswervative’, ‘Traditionalism’ and ‘Taking Liberties’.

This time Geoff talks less politics (alright, there will probably be a bit), but this brand-new show will mostly explore personal responsibility, parenting and who should take the blame when things go wrong.

‘Sets himself apart from the liberal commentariat with a sharp self-knowing wit ****’ Dominic Maxwell, The Times

Join him as he takes a long hard look at himself and tries to decide if he has ANY traits that are worth passing on to his children. 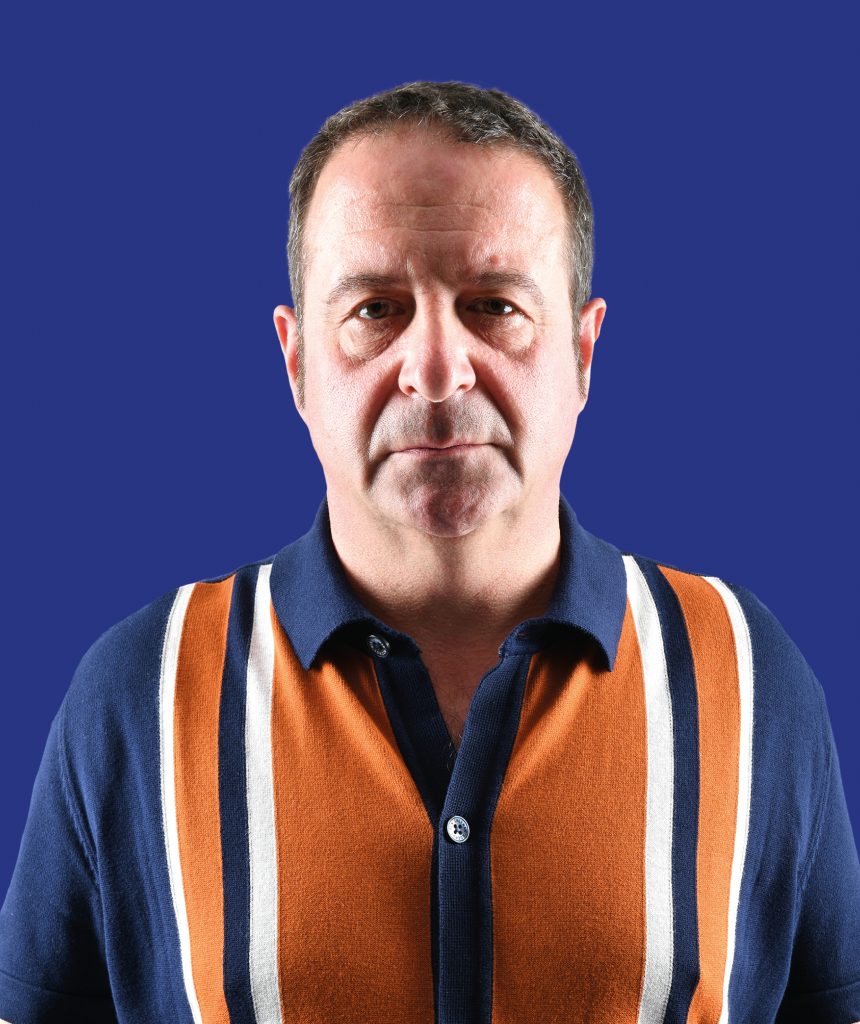 Mark Thomas
50 Things About Us

Mark uses his trademark style of storytelling, stand-up, subversion and really, really, well researched material to try and find out how the hell we ended up in the middle of this shit show.

50 Things About Us is a show about songs, gongs, loot, tradition, wigs, nicking, statues, art and identity. A sort of funny national edition of Who Do You Think You Are?

★★★★ “Righteous, moving and funny… Mark Thomas should be on prescription” THE HERALD 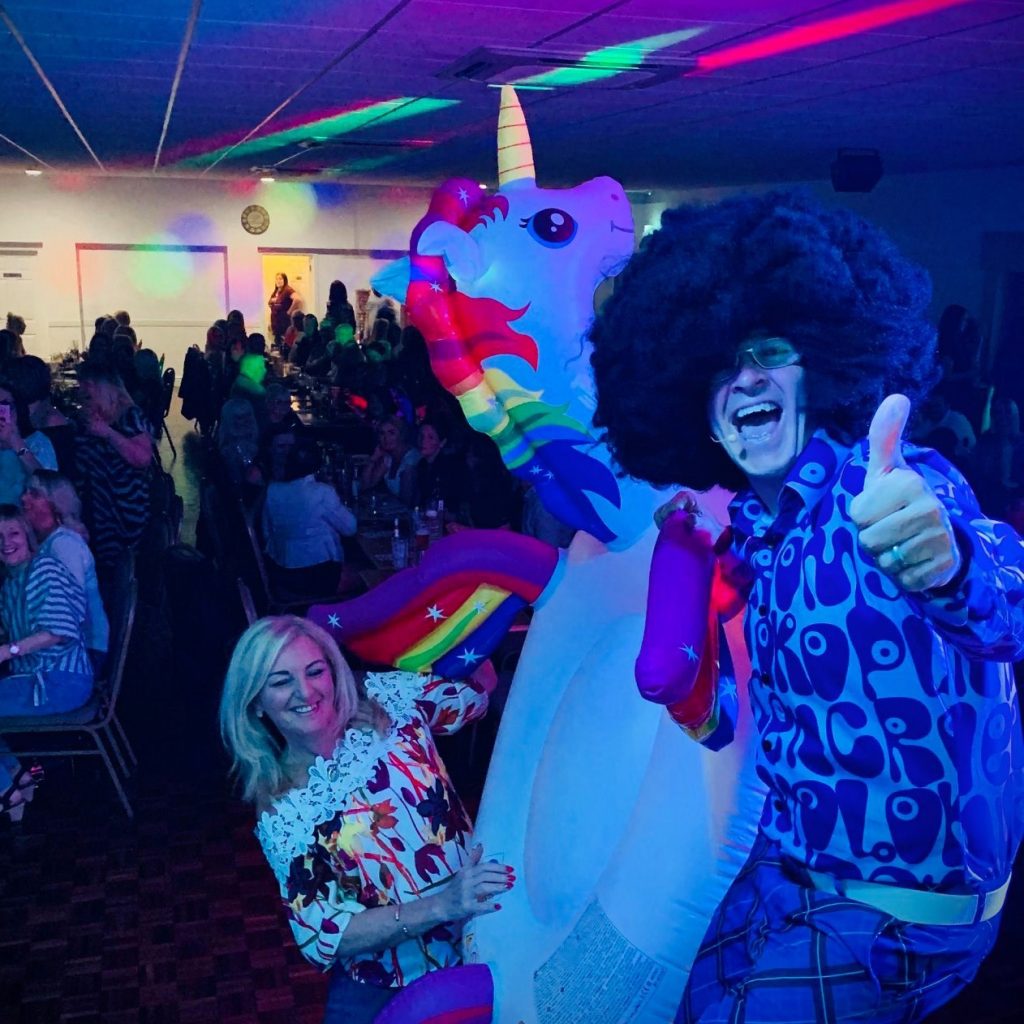 Eyes Down for a fabulous night of fundraising for Southport Flower Show with this truly interactive event. Disco Bingo is exactly what it says on the tin; A full night of traditional style Disco and Bingo but with a modern twist!

Guaranteed to get the whole room up and dancing, classic disco hits are triggered when certain bingo numbers are called. The entire evening is peppered with music and good-natured banter provided by comedian and presenter Brendan Riley. 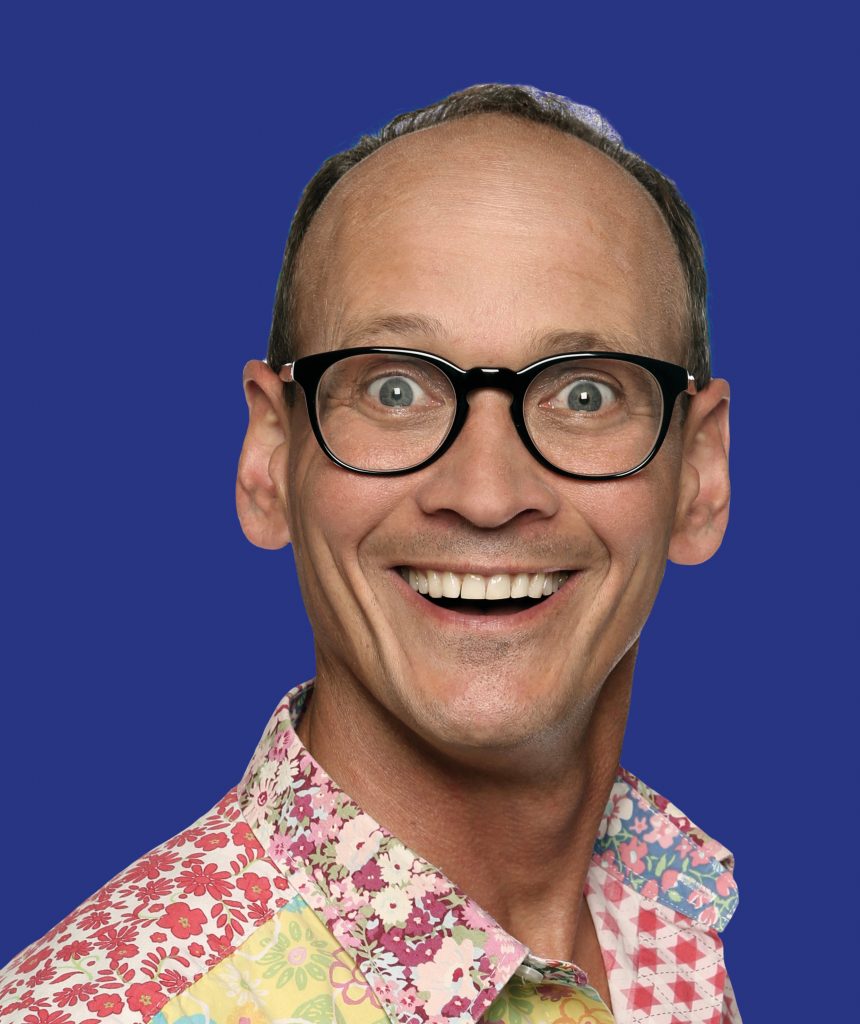 Britain’s Got Talent 2020 top three finalist, comedian, juggler and variety star Steve Royle brings his Royle Variety Performance to the Southport Comedy Festival for a fun-filled afternoon for all the family.

Steve spent many years supporting the likes of Peter Kay, Dave Spikey, Mick Miller, Roy Walker and The Lancashire Hotpots on tour. He is a regular television ‘warm-up’ for programs such as The Rob Brydon Show, A Question Of Sport, Mastermind, The Price is Right and has several television appearances to his credit including Phoenix Nights, Max And Paddy’s Road To Nowhere, Peter Kay’s Britain’s Got The Pop Factor….  Voted ‘Entertainer of the Year’ at the inaugural Red Rose Awards.

Best of the Fest 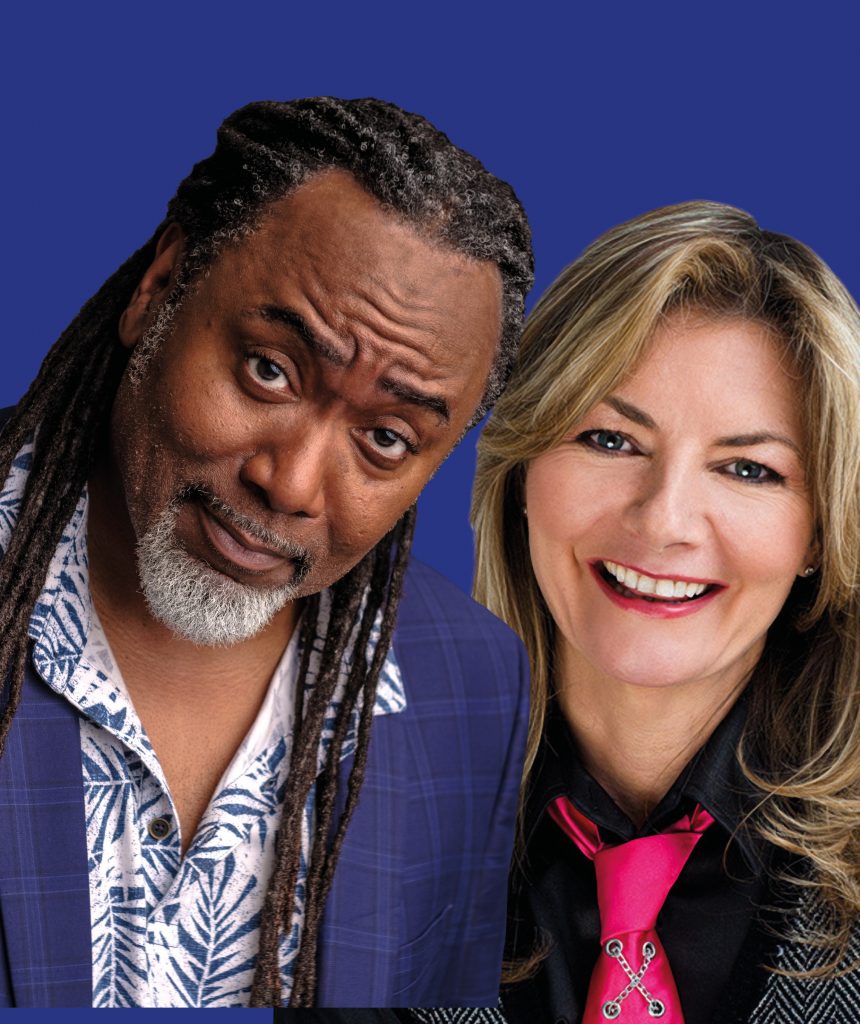 Join two of the comedy industry’s most celebrated comedians Reginald D Hunter and Jo Caulfield as they come together for one fantastic night of comedy as part of this years Southport Comedy Festival.